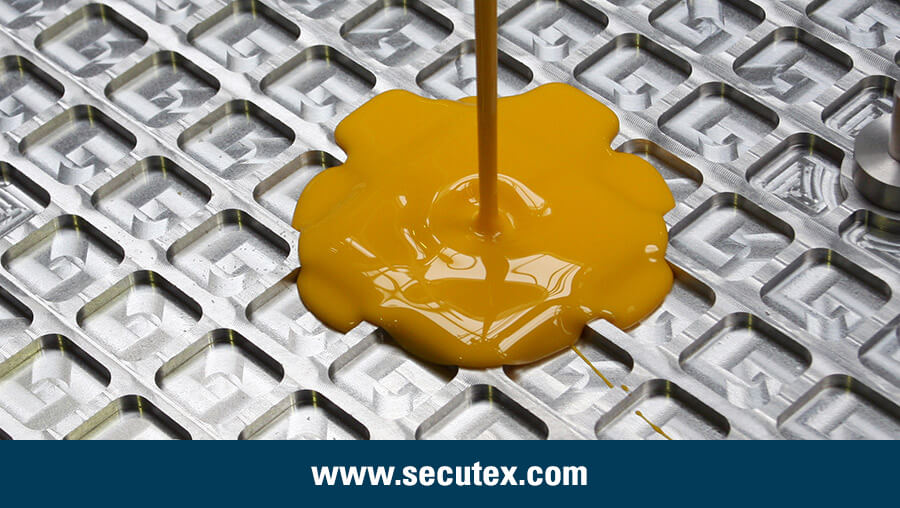 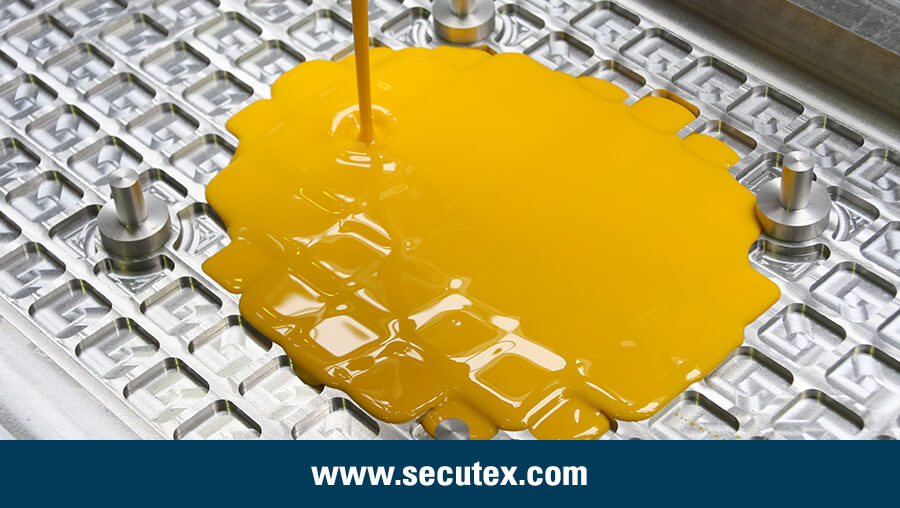 Polyurethane (short name: PUR or PU) is a synthetic material that is produced by the reaction of the liquid isocyanates with polyols. Both chemicals must be mixed with each other to become a polyurethane. Important requirements are the correct mixing ratio and the consistent mixing of both components. In addition to polyol and isocyanate, several additives are added in order to get modified properties. These additives are catalysts, blowing agents, paint and other fillers such as glass fibers or chalk.

The two liquid base materials are difficult to mix, so mixing is of great importance. If the components are not sufficiently well mixed, no complete reaction is possible.

A special form are the spraying machines. Here the highly reactive polyurea systems are being processed under high pressure.

The casting machines are integrated into a total of three casting lines, the sometimes required mould temperatures are achieved by heating tables and/or large continuous ovens.